10 Heritage Sites to Visit in Mexico 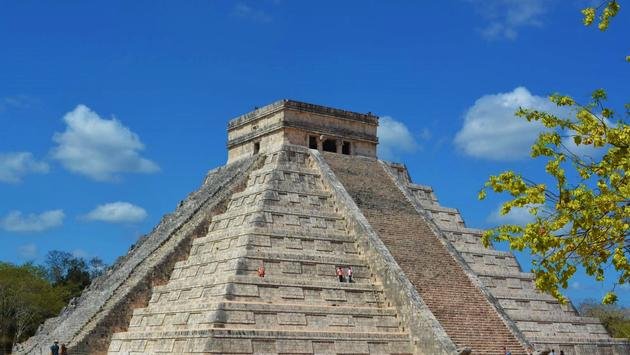 Mexico has more than 30 World Heritage Sites recognized by UNESCO, among which are fascinating cultural and natural sites that make this country one of the favorite destinations for visitors worldwide. But these are the top 10 sites that no traveler should miss on their visit to Mexico.

This was where the legendary Aztec culture was born, so there are essential archeological vestiges and buildings built during the time of the Spanish Colony, such as the Metropolitan Cathedral, National Palace, Alameda Central, the temples of San HipÃ³lito and San Fernando, the Old Palace of the Archbishopric, and the Academy of San Carlos, among many others.

This emblematic ancient Mayan city, besides being a World Heritage Site by UNESCO, celebrates more than 15 years of being named one of the world's new wonders. This archeological site is considered one of the most important in the world compared to the ruins of Egypt.

The Temple of Kukulkan is an architectural piece that marks a before and after in the history of the world thanks to its invaluable cultural contribution to humanity. The city, which can be visited, has three main buildings: the stepped pyramid called Castillo, El Caracol, and the Temple of the Warriors.

This city, in addition to being located in a beautiful valley surrounded by volcanoes, is the best example of the baroque art of New Spain. As touring it, visitors enjoy an impressive number of colonial buildings and sites of high historical value, such as the Temple of Santo Domingo and its remarkable Chapel of the Virgin of the Rosary, Temple of Nuestra SeÃ±ora de la Concordia, and the Temple of La CompaÃ±ia, among many others. However, one of the most important buildings of the city of Puebla, and the whole of Mexico, is its Cathedral, built in the 16th century and considered one of the fabulous jewels of the colonial era in the continent.

Few places in the world have a gastronomic, artistic, and historical richness as great as the city of Oaxaca, founded in 1486 and integrated into Spain in 1532. Before the arrival of the Spaniards, the region of Oaxaca lived a time of splendor in the artistic and cultural fields that, after the Spanish conquest, was mixed with European traditions making the city a beautiful destination.

The Temple of Santo Domingo de GuzmÃ¡n opened in 1608 and is one of the most important places in this fabulous town. Also, the Cathedral and the Churches of Soledad, Guadalupe, and Carmen Alto, among many others, are part of the invaluable contribution to the humanity of Oaxaca.

Like many cities in Mexico, Guanajuato has a rich cultural heritage in buildings, monuments, and customs that have made it recognized as a world heritage site. This city was founded in 1557 and developed thanks to the mining industry during the Spanish Colony.

This city and the adjacent mines were declared a UNESCO World Heritage Site. Its architecture represents the colonial past and the region's mining wealth, making it one of the most important places in New Spain. Its primary historical buildings are the Basilica de Nuestra SeÃ±ora de Guanajuato, the Oratory of San Felipe Neri, the University of Guanajuato, the Juarez Theater, the Church of La Valenciana and the AlhÃ³ndiga de Granaditas, to mention a few.

Built on top of a hill in the 16th century, Morelia is a beautiful town that combines colonial and pre-Hispanic art. The architectural history of Morelia can be seen in its more than 200 historic buildings, which makes it one of the most impressive sites in Mexico. Its Historical Center has more than 1,113 buildings classified as architectural monuments, built in pink stone from mines in the region in Renaissance, Baroque and Neoclassical styles.

The unique architectural feature of Morelia is that many of the city's courtyards do not have columns or vertical supports, which gives a sense of amplitude and dynamism. In addition, the baroque finishes make this city one of the most representative of the Spanish colonial period.

This place lived its period of splendor between the 6th and 8th centuries and was the most important of the Mayan civilization. The elegance and technical quality of its constructions, as well as the delicacy of the reliefs sculpted with mythological themes, make it unique in history and represent the best example of the contribution of Mayan culture to humanity.

The site, located in the middle of a lush rainforest northeast of Chiapas, has impressive constructions of unique architecture and an important series of ancient sculptures representing deities of Mayan culture. Its imposing Temple of Inscriptions, the Palace, the Aqueduct, the Temple of the Lion and the Count, as well as the Ball Game, among others, stand out.

This extraordinary place is located in the middle of the mountains with lots of vegetation about 62 miles from Mexico City. This area, which has several microclimates and numerous endemic flora and fauna, hosts millions of Monarch Butterflies from North America to nest.

Those born at the end of August in southeastern Canada and the northeastern United States undertake a long migration of between 1,200 and 2,800 miles until reaching, in November, the mountain forests of the states of Mexico and MichoacÃ¡n. Then, in mid-March, the butterflies end their hibernation in the Monarch Butterfly Biosphere Reserve and start coming back through the forest to drink water and warm themselves to the sun. At night, they join groups in the pines to protect themselves from the cold and wind.

Located about 30 miles from Mexico City, the sacred city of TeotihuacÃ¡n was built between the first and seventh centuries. It has monuments of vast dimensions, especially the Sun and Moon pyramids, as well as the magnificent temple of Quetzalcoatl that are arranged in a geometric and symbolic layout.

In its time of splendor, it was one of the most important cities of Mesoamerica, and its cultural influence was decisive for most of the most representative societies of antiquity. In addition to the Sun and Moon pyramids, TeotihuacÃ¡n has four departmental sets with actual examples of mural painting, such as Tetila, Atetelco, Tepantitla, and La Ventilla.

The Mayan word Sian Ka'an means "origin of the sky." A perfect name for this extraordinary destination located on the Yucatan Peninsula's eastern coast. This biosphere reserve has a massive ecosystem of tropical forests, mangroves, and a vast marine area crossed by an impressive reef barrier.

This fantastic site is home to many flora and fauna, such as more than 300 species of birds and many terrestrial vertebrates characteristic of the region, such as jaguar, tapir, manatee, and peccary, among others. In addition, Sian Ka'an has a freshwater underground river system that interconnects with the cenotes of the Yucatan Peninsula.

Safest Destinations to Book for a Mexico Vacation

Why Martinique Is the Ultimate Destination for Nature Lovers

What’s New in The Bahamas for Travelers This Holiday Season

Get to Know Mexico’s Magic Towns

The Top Sites for Thrill Seekers in Mexico

Festive Cities To Celebrate the Holidays in Mexico

TechScape: Meet ChatGPT, the viral AI tool that may be a vision of our weird tech future

â€˜The metaverse will be our slow death!â€™ Is Facebook losing its $100bn gamble on virtual reality?